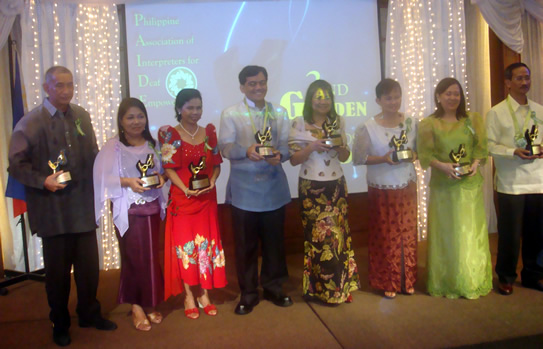 MCCID Training Director Remberto I. Esposa Jr., was one of the recipients of the 2nd Golden Hands Award given by the Philippine Association of Interpreters for Deaf Empowerment (PAIDE) in a grand Filipiniana evening on May 2, Sunday at the Legend Villas, Mandaluyong City. 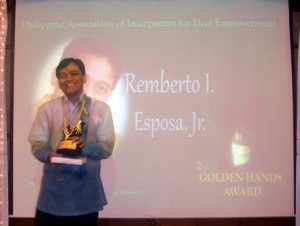 The awards is given to professionals who have continuously served the deaf community with unselfish commitment for 15 years and more. These year’s batch of awardees had an arduous yet dedicated service to the deaf people and doing admirable contribution to uplifting the lives of the community. Most of the recipients belong to the educational institutions, their service to the deaf goes beyond the boundaries and duties in schools. All the awardees have been engaged in community and outreach activities where they share their skills and aptitudes even without remuneration. 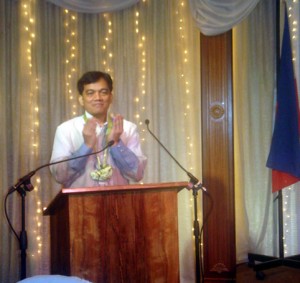 In his speech, Sir Jojo thanked the PAIDE group for recognizing the tireless and often unmentioned efforts of the sign language interpreters. Receiving this award is truly an honor especially coming from those who are his peers. He also thanked people who were instrumental in making him switch from the hearing world, to a deaf world. These are Ma’am Sonia Lodado, his first sign language teacher at the Philippine Registry of Interpreters for the Deaf (PRID), Ma’am Annie Blanca, one of his trainors, Ms. Joy Cristal, then director of CAP College for the Deaf who took gamble in accepting a neophyte like him as a computer instructor, his proud parents and MCCID College Board Members Mr and Mrs. Remberto and Remedios Esposa, Sir Ervin Reyes, MCCID Deaf Coordinator who is his constant companion and deaf teacher, Capitol City Baptist Church with Deaf Pastor Julius Andrada and his wife May Andrada (1st Golden Hands Awardee), Manila Christian Computer Institute for the Deaf and his Saviour Jesus Christ. 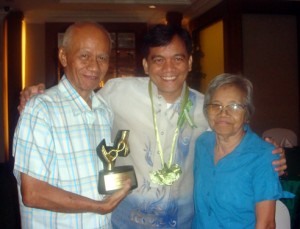 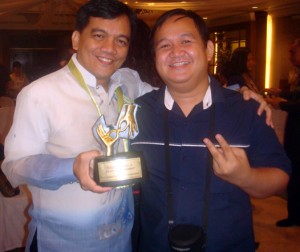 Deaf Pastor Julius Andrada was the special guest speaker. Mr. Ricardo B. De los Santos, PAIDE Sign Language Training Consultant, gave the closing remarks. They both underscored the pride for the Deaf identity saying that the “dumb” refers to the people who refuse to accept and recognize that sign language is a legitimate language.

Among the crop of awardees, Sir Jojo was the youngest who served for only eighteen years with the deaf community. The Golden Hands Award is the first of its kind in the Philippines and a brainchild of PAIDE Chief Executive Officer, Mr. Alfredo D. Celada, Jr, one of the recipients of the first batch of awardees which was held in 2006.

For more of these, please visit the PAIDE News article.