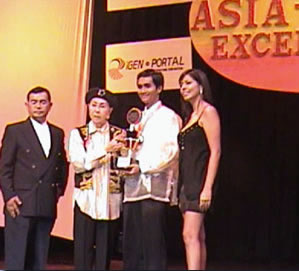 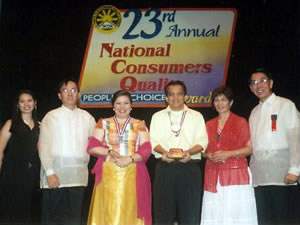 In recognition of their performance in the field of technical-vocational education for the deaf, MCCID’s top deaf student as well as foundation’s Training Director were recently awarded by the National Consumer Affairs Foundation.

Aldrin D. Gabriel, MCCID Student Organization President and consistent class topnotcher was the recipient of the “2005 Asia-Pacific Young Professional for Academic Excellence for the Disabled Sector” category. The ceremony was held at the AFP Theatre in Camp Aguinaldo, Quezon City last June 9, 2005.
On the other hand, MCCID Training Director, Sir Jojo I. Esposa Jr. was the 2005 People’s Choice Awardee in the field of Education. This was awarded to “Outstanding Filipino Achievers” aged 40 and below from entertainment business, public service, education, sports and other major professional fields of endeavor. The ceremony was also held at the AFP Theatre, last September 29, 2005.

Aldrin Gabriel was chosen to receive this award due to his exemplary achievement as a TESDA scholar in the National Capital Region in 2004 beating other students from different schools in Metro Manila. He will also represent MCCID in the NCR-Abilympics Skills competition to be held this November, 2005.

As the founder and president of Manila Christian Computer Institute for the Deaf Foundation, Inc., Sir Jojo, as his deaf students fondly call him, started to develop his love for the deaf and sign language at an early age of 21. At 27, he established an institute that would help the deaf enhance their skills in computers and will eventually become productive citizens of the country.

Now on it’s 11th year, the Asia-Pacific Excellence Awards and 23rd National Consumers Quality and Peoples’ Choice Awards are being given as tribute to outstanding companies, products and individuals who made significant accomplishments.