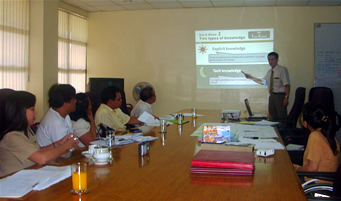 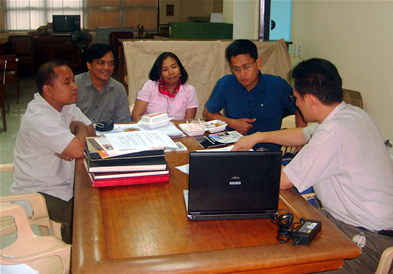 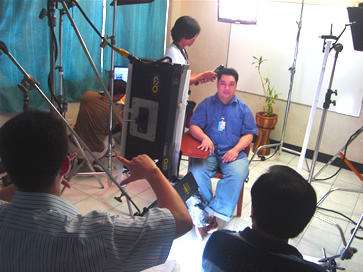 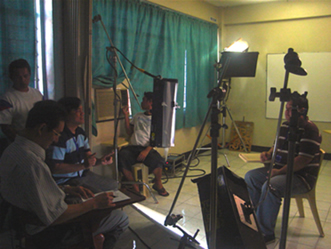 The Asia Pacific Development Center for Disability (APCD) funded by the Japan International Cooperation Agency (JAICA) collaborated with Filipino stakeholders to create a 15-minute documentary film about the history and development of Information and Communications Technology (ICT) for Persons with Disabilities.

The Philippine counterpart is composed of the following major stakeholders:

The agencies were selected based on their active participation and contribution in the establishment of accessible ICT for Persons with Disabilities. NCDA is in the forefront for disseminating information about accessible ICT by sponsoring workshops and sending delegates to international foras. RBI produces assistive devices like braille printouts and DAISY while MCCID designs websites and actively promotes web accessibility to other non-government agencies. The three were also APCD-JAICA associate members.

Other agency that participated in the documentary includes the Department of Foreign Affairs (DFA) where deaf encoders and MCCID alumnus Rona May Savares and Renato Moran were interviewed at their workplace in DFA Passport Division. Nova Foundation, ATRIEV School for the Blind and the Philippine Web Accessibility Group (PWAG) also took part in the documentation.

The main objective of the short film is to document the development of accessible ICT and best practices in the Philippines. It also showcases a short timeline between the implementation of the Biwako Millennium Framework in 2002 outlining issues, action plans and strategies towards an inclusive, barrier-free and rights-based society for persons with disabilities up to the landmark Philippine contribution on Article 9 – Accessibility which formed part of the UN-Convention on the Rights of Persons With Disabilities in 2007.

The Philippines signed the treaty into law in 2008 and held a unity rally celebrating its ratification in April of the same year which MCCID is one of the participants.

The group chose to get the services of award winning filmmaker and screenwriter Ralston “Joel” Jover because of his professionalism and meticulous work detail. APCD Chief Adviser Mr. Akiie Ninomiya commended Mr. Jover’s attitude of diligently following the instructions set by the group without compromising his cinematic style. Jover’s famous films includes “Kubrador”, “Tirador”, “Manoro” and soon to be shown “Marlon” a docu-story of an 18-year old unschooled blind person.

The “Asia-Pacific Development Center on Disability” (APCD) Project is a technical cooperation project between the Government of Japan and the Government of Thailand, which is started in Bangkok on 1 August 2002. The Overall goal of the project is to promote the empowerment of people with disabilities and a barrier-free society in developing countries in the Asia and Pacific Region.

The docu-film is expected to be finished and shown during the National Disability Prevention and Rehabilitation Week Celebration this July and at Disability Summit this September. SM Supermalls Committee on Disability Affairs also promised to assist in the presentation of the film in its selected activity centers. APCD will also lead the way for its international release. The short film has an English sub-title and sign language inset. It will also have Tagalog, Cebuano and Ilocano versions.