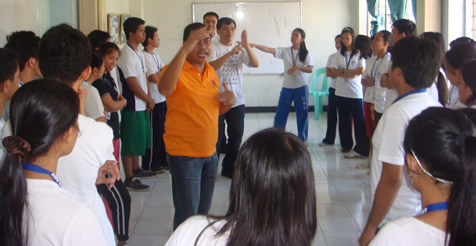 Master Teacher Bennet Amoroso, a successful entrepreneur from Batangas and a martial arts expert was able to share his knowledge by teaching Tai-Chi to 1st and 2nd year deaf students for three Saturdays as part of their Physical Education Classes. The first class was held in September 18 at MCCID Lecture Hall. 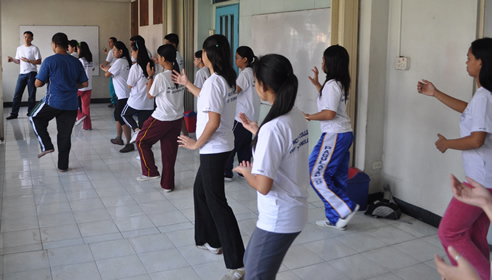 Teacher Bennet, a long time friend and former FEATI University colleague of Sir Jojo, was truly gracious to accept the latter’s invitation to share his skills in Tai-Chi to the deaf. He said that this form of martial arts is both soft and strong. It is very much fitted to the deaf since it requires basic hand movement which is very comfortable for them. 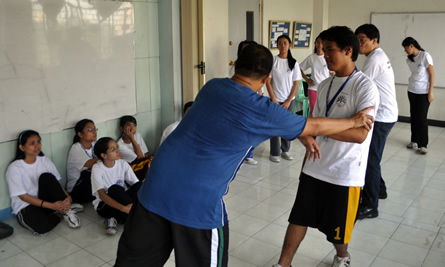 Teacher Bennet also emphasized that Tai-Chi, just like any martial arts, can be used as self defense. But compared to other disciplines, it focused more on yielding or sticking to an incoming attack rather than opposing it. He also discourages the use of Tai-Chi as a form of undermining other people. It must only be used as a last resort. 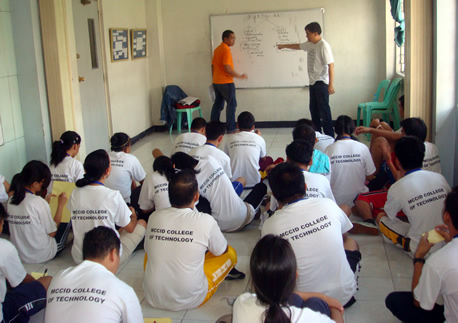 He also equated Tai-Chi with Biblical teaching and doctrines unlike the Chinese way. He does not adhere to the balance of good and evil but focus on the triumph of good against evil.

Wikipedia states Tai chi as a way of health training, meditation and ultimately as a martial art. It concentrates on relieving the physical effects of stress on the body and mind. For those focused on tai chi’s martial application, good physical fitness is an important step towards effective self-defense. 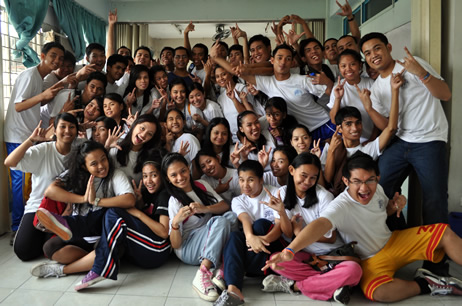 During his spare time, he teaches Tai-Chi to out-of-school youth in Batangas as part of his mission of spreading the Good News. Bennet owns and manages a tutorial business as well as a travel and tours agency which focus on historical spots within Batangas.