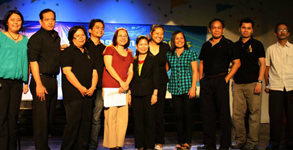 A General Assembly of both hearing and deaf sign language interpreters was successfully held last Saturday, May 21 at CAP Development Center in Makati City and attended by more than 100 interpreters and supporters.
This momentous activity was brought about by the inclusion of World Association of Sign Language Interpreters Asia Forum (WASLI) during the Asia Pacific Conference of World Federation of the Deaf held in the Tagaytay City, Philippines last November 2010 which was sponsored by Philippine Federation of the Deaf. During the forum, a group of Filipino sign language interpreter attendees brainstormed and decided to form a national sign language interpreters association in order to address the concerns raised. After that, a general get-together discussion was held at the National Council on Disability Affairs (NCDA) on January 24 to introduce the idea of forming a said group. 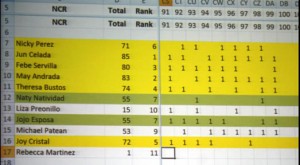 MCCID Training Director Esposa was not present during the election due to prior appointment.