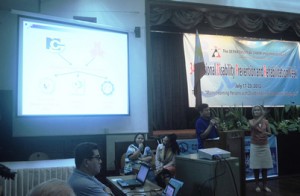 What better way to announce the new name of the award than to actually give the award itself.
Thus, the “Award Recognizing Accessible Websites” or simply called ARAW Awards were given to top-level government agencies that complied with the minimum web accessibility recommended standards last July 17 coinciding with the nationwide celebration of 34th National Disability Prevention and Rehabilitation Week held at OSCH Auditorium in Quezon City.

After the Catholic Mass and announcing of call for nomination of the Mabini Awards, PWAG President and MCCID Training Director Jojo Esposa Jr. gave a brief presentation on the history of web accessibility initiatives of the Philippines as well as how the awarding was conceptualized. He explained that prior to PWAG, it was National Computer Center Team who evaluated the accessibility compliance of websites. Then, they created a recognition scheme and named it as “Disabled Friendly Website” awards. The House of Representatives Official website received the first award in 2004 followed by ATRIEV School for the Blind in 2005 and MCCID in 2006. 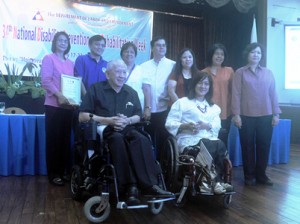 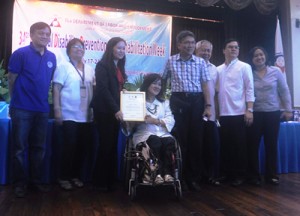 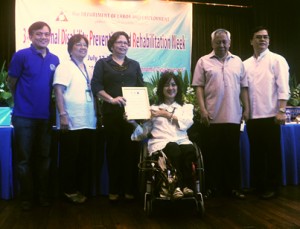 For her part, NCDA Division Chief Nelia De Jesus introduced this year’s of awardees. She explained that after careful and meticulous evaluation of PWAG web designers and manual validation of one of it’s visually impaired member, Lourdes Borgonia, three government websites passed the minimum web design criteria. They are:

The awards were part of the approach set by the National Computer Center (NCC) and National Council on Disability Affairs (NCDA) encouraging government agencies to design their websites making it accessible to everyone especially the Persons With Disabilities. Through NCDA Board Resolution No. 13 Series of 2008 and NCDA-NCC Joint Circular No. 1 Series of 2010, they deputized the Philippine Web Accessibility Group (PWAG) to conduct web accessibility trainings, monitor compliance and recommend sites which passed their set of standards.
During PWAG’s time, thirteen more websites both from the government and the private sector received the awards. The last awardee was the Department of Social Welfare and Development Website in 2011.
However, during the last ICT Sub-committee meeting, a better awarding system was developed focusing mainly on web’s access to everyone as a whole and not just for concerns of Persons With Disabilities. Thus the ARAW Awards were conceived. 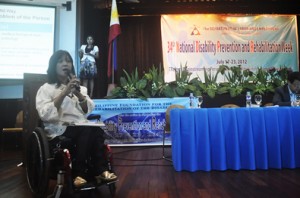 Ma’am Nelia reiterated that the awarding will be an continuing activity. The team will also constantly monitor the websites of those awarded to see if they are still complying with the recommended standards set.
You can download and view the entire presentation here.