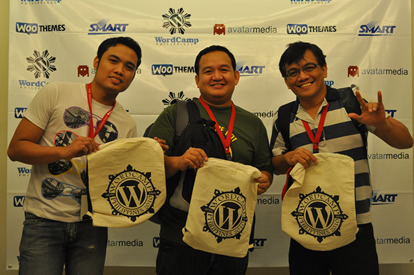 Close to 300 web designers, developers, bloggers and enthusiasts attended this year’s event sponsored by Avatar Media. WordPress is an open source Content Management System (CMS), often used as a blog publishing application, powered by PHP and MySQL. It has many features including a plug-in architecture and a template system. Used by over 12% of the 1,000,000 biggest websites, WordPress is the most popular CMS in use today. 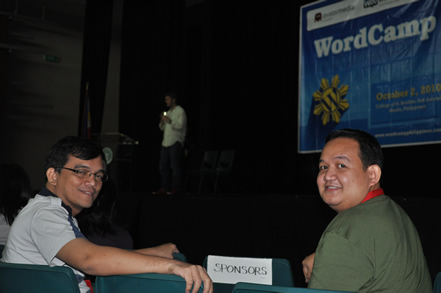 WordPress has been included in the web designing course of MCCID since 2008. It makes web developing easier and more customized. Current deaf students find web designing faster since they are already taught how to make websites using HTML and Cascading Style Sheets (CSS).

Mr. Mullenweg gave his State of WordPress address at the camp. He was pleasantly surprised that there are deaf web designers in the Philippines who are familiar with WordPress. When asked if he already met deaf web designers, he said no. This is his first time. 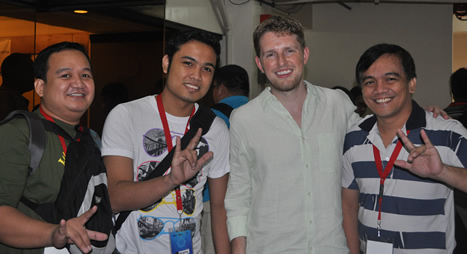 WordCamp is a conference type of event the focuses on WordPress. They are informal, community-organized events that are put together by WordPress users. Everyone from casual users to core developers participate, share ideas, and get to know each other. It was held in nearly 40 countries.

Aside from attending various break out sessions, raffle draws were held. It was very fortunate that Sir Jerome and Sir Ervin won free one-year webhosting subscription from solidhosting.ph while Sir Jojo got a free t-shirt from Google Philippines.