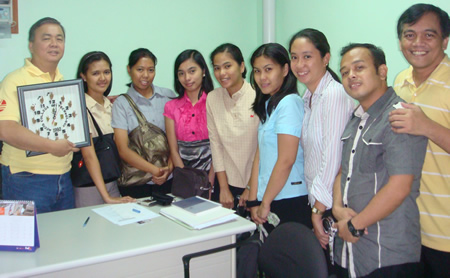 A total of eight deaf workers were hired by the company as Data Entry Operators. Six of them are MCCID Alumni. They are Owen Domagtoy (Batch 2005), John Victor Amos (Batch 2005), Lycille Macairan (Batch 2005), Rachel Ann Tapel (Batch 2006), Jocel Caraballo (Batch 2007) and Maricris Siping (Batch 2010). The other two are from other schools. They started their official day last October 4 by conducting a work-training. 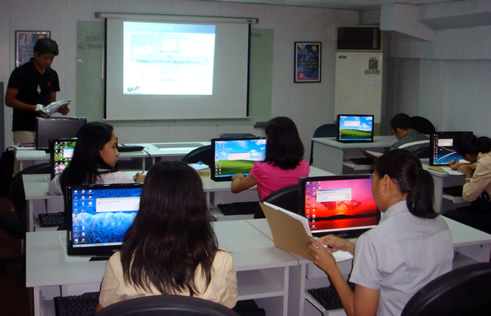 They currently work on graveyard shift (8:00 pm to 6:00 am) similar to call center agents. They encode package and parcel information. Their interest in hiring deaf started when one lady, Sheryll Rose Agarap, an AAIT Batch 2007 graduate from CAP College CFD applied in their company this April 2010.

According to Air21’s General Manager Levi Diestro, because of her diligence, good work ethics and adaptability with other co-employees, they floated the idea of hiring more deaf workers. The work fits them because it does not require too much human interaction and uses the technology of computers.

Through MCCID’s website, Air21’s Corporate Human Capital Management Assistant Recruitment Specialist Feddie Ross D.C. Saflor, was able to visit the school and inquired for possible hiring of deaf graduates. Then, through a series of meetings, typing speed evaluation screenings in MCCID and subsequent interviews at their main office in Paranaque City, they finally selected the eight workers. 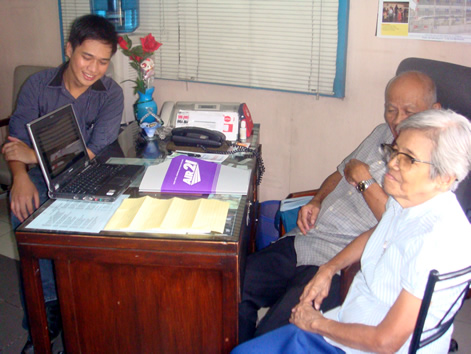 For his part, MCCID President Remberto C. Esposa was truly grateful in trusting MCCID and deaf persons in general. He hoped that more collaborative efforts between Air21 and MCCID would materialize in the future. 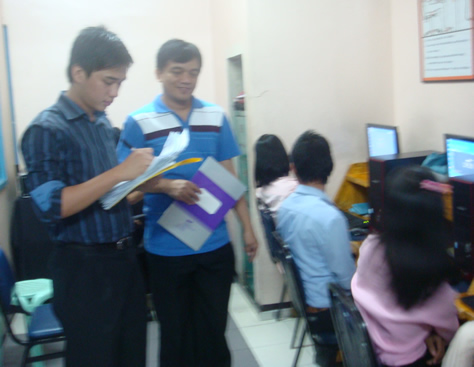 Hiring of deaf workers in Air21 will be on a trial basis. Should their performance meet or even exceed the company’s standards, then Air21 would again open other opportunities to other deaf.