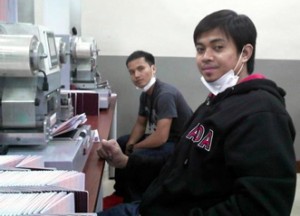 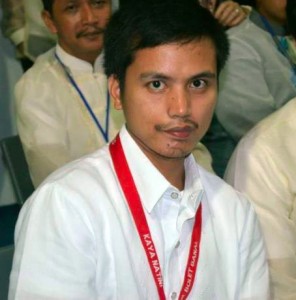 The award was given during the agency’s celebration of the death anniversary of Philippine Hero Apolinario Mabini last July 27 at Pasay City. Visagar was one of the seventy-four (74) individuals who have rendered very satisfactory service in their office for at least two years and have displayed the right attitude towards work.

Although Nonito was quiet and unassuming among his batchmates, he did excel in sports and academics. After he graduated among top of his class, he continued his training at Nova Foundation for the Differently Abled Persons. 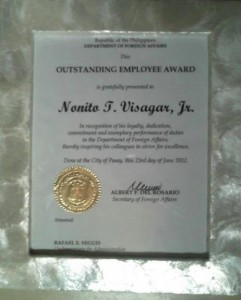 During the training, he again showed his diligence and skills. That’s why the foundation selected him together with five other MCCID alumni to undergo trial work at the Department of Foreign Affairs. After passing the Civil Service Examination, they became regular government employees.

But Nonito did not remain contented. He again exhibited above average work attitude and enthusiasm serving clients, mostly hearing people, in the passport division. In 2011, he received his first “Certificate of Recognition”. This year, he upped his level by receiving the “Outstanding Employee of 2011″.

The Philippines’ Department of Foreign Affairs is the government agency responsible for the pursuit of the State’s foreign policy and the nerve center for a Foreign Service worthy of the trust and pride of every Filipino. To know more about the awards, please visit this link.