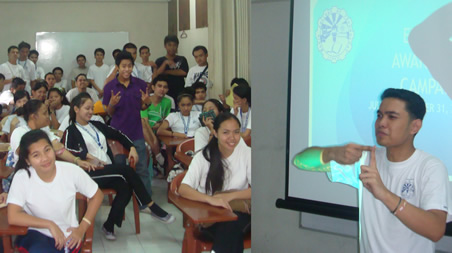 Because of a very low number of deaf people who took part in the recent presidential elections based on informal survey, MCCID College decided to launch its “Election Awareness Campaign” program last July 31 at MCCID Lecture Hall.
More than 50 second and third year deaf students attended the mini-lecture activity. This program will continue up to October 31, in time for the National Barangay Election, which will be held this October 25. 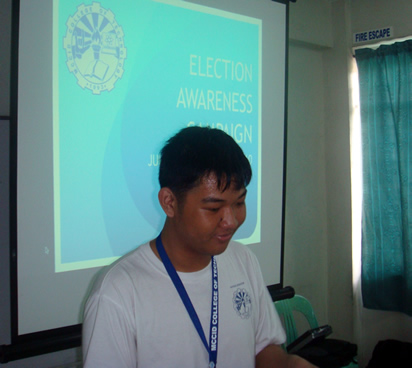 MCCID Administration together with MCCID Student Organization agreed to provide assistance and additional incentives to students who will be registering in their respective City or Municipal Election Offices. Among the perks of newly registrants include additional grades in their midterm for English, Deaf Culture, Current Issues on Disabilities and Values Education Subjects. They will also be excused from their subjects should they register on a school day. 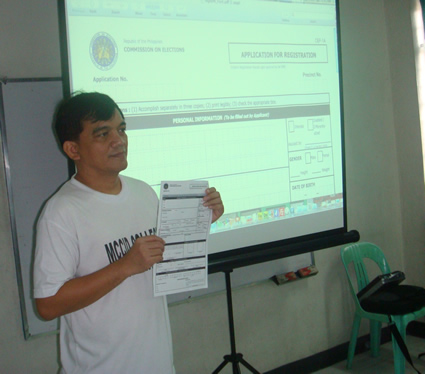 MCCID Training Director Jojo Esposa enumerated the many problems deaf people are encountering in the country like unemployment, inability to receive government services, closed captioning and sign language interpreting services and ignoring the 20% discounts on medicine and other vital services. He explained that by registering their vote, the government will become aware of the existence of the deaf community.

During the launch, Sir Jojo also explained to the students how to fill up the Application for Registration as well as the procedure and requirements for registering. He also gave a letter to the parents seeking their help in assisting their child when they register to their respective election offices.

For his part, MCCID Deaf Faculty Jerome Marzan shared to the students about his experience as a first time voter in the first automated elections last May. Other students also gave their experiences as well as problems they faced when their parents did not allow them to vote.

[UPDATE]
52 deaf students from MCCID Cubao, Quezon City Campus have registered and voted during the Barangay Elections last October 25. The campaign was a success.