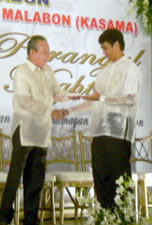 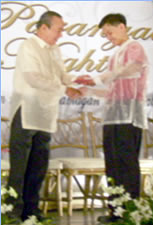 This recognition was given to Gabriel and Santiago as an expression of pride and honor for the City of Malabon. They were able to contribute excellence in their profession despite their disabilities and has attained a greater and productive well being.